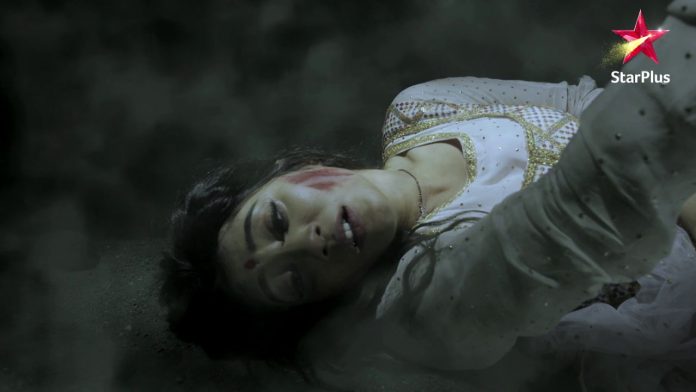 Naira murder Yeh Rishta Promo Javeri evil attempt Naira and Javeri’s courtroom fight goes on. She is much hurt that she is facing so much difficulty in proving the truth. She tells that she has always believed that proving a lie as truth is impossible, but she is seeing that its not so. She tells that Javeri is trying to prove the lie as truth, while she is failing to bring out the truth. Javeri claims that she has lost her mental balance, because of the stress post Kartik’s accident. Manish doesn’t like Javeri insulting his Bahu. Javeri digs out Naira’s past and insults her. He calls her a coward, who always runs out to avoid difficult situations and then brings her own stories to reason out her decision.

He tells the court about Naira’s fictional fear about an arrest and eloping from the house. He also adds that she has mentally tortured Kartik by faking death and hiding her child for years, just because of his hallucinations and wrong assumptions. Manish gets more upset to hear the personal taunts on Naira. Javeri goes on to add that Kartik would have testified this if he was there in the court. He makes use of Kartik’s absence. Naira falls helpless. Kartik makes a timely entry. The family wants him to be fine.

Kartik clears out Naira’s name from Javeri’s blames. He tells the court that Naira isn’t wrong, she was never wrong, she just supports the truth. He tells that Naira is mentally stable and whatever she is claiming about Lav and Kush is right. He also tells that Javeri is proving Naira mad just to win the case and save her son Abhishek from the punishment. Kartik testifies that he remembers the driver who has knocked him down. He tells that he was trying to save Mohan, the witness of the case. He also thinks Javeri is involved in the accident. The driver tries to run away. He then admits that he has hit Kartik by mistake.

He doesn’t name Javeri. Javeri gets a clean chit in the accident accusation. Manish suspects Javeri, since he is sure that Naira and Kartik won’t lie. Naira breaks down that she is failing to prove Lav and Kush wrong. She wants justice for Trisha. Kartik cheers her up. Javeri asks Manish to hire someone else, since Naira is accusing him. Manish him why did he insult Naira. Javeri and Manish have a fight. Surekha and Akhilesh try to neutralize them. Javeri tells that he will just fight Abhishek’s case. He leaves the case. Manish asks Akhilesh not to panic, they will find a better lawyer.

Surekha thinks Manish has risked Lav and Kush’s future by fighting with Javeri. Javeri tries to create a rift in Goenka family before leaving. Naira tells Kartik that they will find Mohan. She wants him to recover soon. Devyaani reminds Kartik that they have to go to the hospital and meet the doctor. Naira asks what’s the matter. Kartik hides the sorrowful news. Devyaani asks him not to hide and reveal the truth, that the legs are badly affected by the accident, its uncertain that he may get back on his feet and walk again. This news shocks Naira and Goenkas. Kartik consoles Naira, who gets blamed by Dadi.

Kartik doesn’t want Dadi to blame Naira for everything. She wants Naira to realize her mistake of being stubborn and insulting the family by dragging them to the court. She tells that if Naira hadn’t disrespected the family and not filed any case, then they would have not seen this day. Kartik calls Dadi wrong. He tells that he will never listen if she is wrong. He asks Naira not to care for Dadi’s words. Dadi feels Naira is responsible for Kartik’s pain and sorrow. Kartik is sure that they will overcome the sorrow soon.

He wants Naira to be with him. Kartik and Naira spend time with Kairav at the hospital. They try to teach Kairav that he should always do right and never doubt on them. Kartik praises Naira for always supporting the truth. He doesn’t want any fear to take Kairav away from them. Naira is much affected and recalls Dadi’s bitter scolding.

Naira is in dilemma after Dadi’s words. She thinks she won’t be able to forgive herself if her family gets hurt. She doesn’t want to get scared of the wrong doers. She gains courage. She wants to fight Javeri and others, until her goal of justice gets fulfilled. During the holi celebrations, Javeri will be kidnapping Naira and shutting her in some chamber. He will be attempting to kill her. Kartik will be fighting Javeri’s evil and save Naira from the poisonous smoke harming her life.