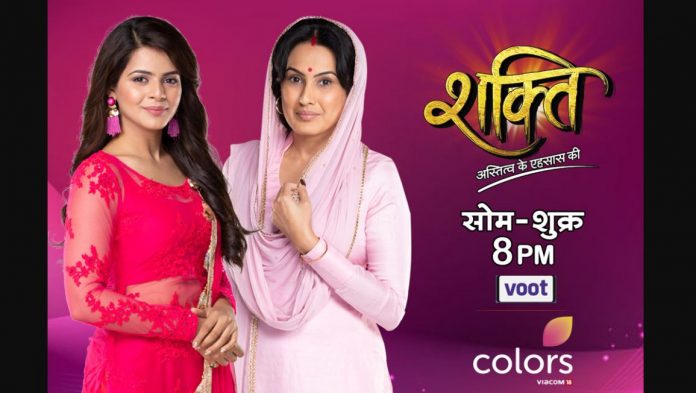 Shakti Preeto biggest shocker Heer kinner identity out Preeto questions Mahi’s move and wonders how her motherly love got woken up suddenly. Mahi tells her that she feels connected with Heer as she also got only sindoor in her marriage like Heer. She tells Preeto that she will prefer to poison Heer, rather than bearing to see her in pain.

Virat is adamant on his love for Heer even after Sant Baksh tortures him. He just thinks about Heer angering Sant Baksh. Virat declares that he will live and die for Heer. Heer also decides to live and die for Virat. Harak Singh comes there and asks him to get ready to die. He warns him to stay away from Heer. He tries to make him understand that Heer is not in his destiny, but Virat pleads in front of him to approve his marriage with Heer.

Virat promises him to take care of Heer and love her from his family members’ side too. Harak Singh finds Virat striking resemblance with Harman and his obsession and true love for Heer. He threatens to kill him. Sant Baksh threatens Harak Singh to put him behind the bars. They have a heated argument. Heer senses Virat in pain and insists Preeto to let her go to him. Preeto agrees to give anything to Heer, but not Virat. She tells her clearly that she can’t unite with Virat. Heer asks her to either agree or kill her.

Sant Baksh takes out his anger on Virat and beats him with his belt. Dadu stands helpless and feels sad to have Parmeet as his bahu, calls her motherly love as of stone. Daljeet asks him not to interfere when Dad is teaching Discipline. Heer questions them asking them to tell why they don’t accept her marriage. She tells that she is now married. Harak Singh refuses to accept her marriage with Virat. Heer asks them to give her answer and tell her what is stopping them from accepting this marriage. Harak Singh gets tensed thinking what to say. Heer asks Preeto to say. Preeto’s patience breaks and she finally tells her she is a kinnar.

She tells Heer about her kinnar truth. Heer gets shocked. Soham couldn’t bear the truth. Heer asks Preeto not to lie and tells that she is not a kinnar. Preeto tells that Soumya and she kept her safe since her childhood and they were always protective about her. Rohan gets emotional. Heer is shattered by this big truth ruining her life completely. Will Virat also learn the shocking truth? Keep reading.