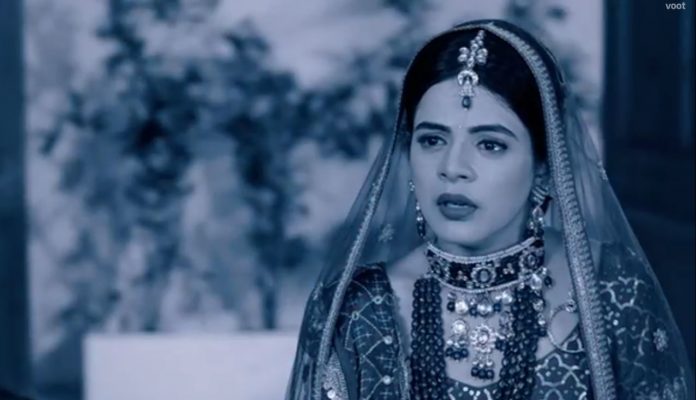 Colors Trailers New upcoming Shakti Sardarni Barister Babu Heer awaits Virat to bring the baraat for her and wed her. She sings an emotional song for her lover. The family worries seeing Heer’s shattering hopes. Virat stays confused about going for the marriage, when he learns that Preeto had been saying the truth about Heer’s identity. Harak makes calls to Virat. He tells Heer that Virat isn’t answering. Heer rushes to Virat’s house to confront him for not coming for the marriage. She tells him that its their marriage today. Virat tells her that he won’t marry her, since he hates her. She asks him why does he hate her. He gets close to reveal the truth that she is a kinner and he hates kinners.

Choti Sardarni:
Meher’s new born baby goes missing from the incubator. She shouts to Sarabjeet to get help. Sarabjeet tries to find the baby. He asks the medical staff about the baby. He finds someone getting away with the baby. He follows the goon and gets the baby safe. Dr. Aditi slaps the goons and reveals that she wanted the baby for her motives. She turns evil to snatch Meher and Sarabjeet’s baby.

Ishq Mein Marjawa:
Vansh points the gun at Riddhima. He threatens her and asks her the reveal the name of the person who had sent her. He tells her that none can dare to cheat him, none can make fun of him by easily cheating him and getting away from his punishment.

He threatens to kill her if she doesn’t speak up. He tells her that she won’t get saved. He doesn’t want to forgive betrayers. She had come on Kabir’s command. She loves Kabir a lot and can do anything for him. Vansh demands to know the name of her lover.

Barister Babu:
Anirudh takes Bondita home. He gets into a heated argument with Trilochan. He asks why do they kill humanity when they are humans. He doesn’t understand why his elders can’t see him hurt and then hurt him always. He hurts his hand and makes it bleed. Trilochan asks him why did he hurt himself. He wants to call a doctor for him. Anirudh refuses to get any aid from the doctor. Trilochan asks Bondita to do the aid to Anirudh’s wound, convince him to get medical help. Anirudh does this to explain Trilochan that Bondita’s illness also needs medical attention. He doesn’t want the elders to snatch Bondita’s rights. Bondita worries on seeing Anirudh hurt.