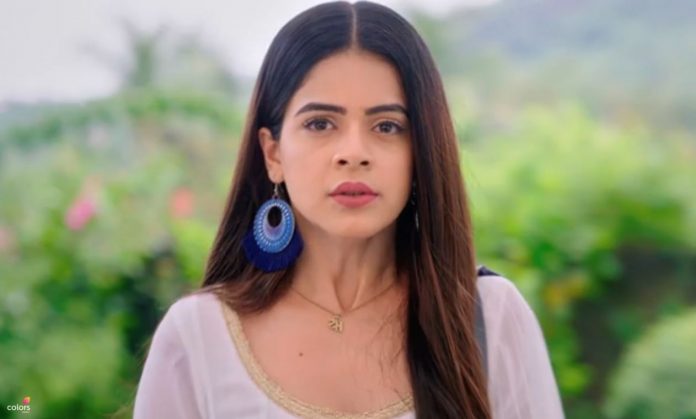 Shakti Upcoming Preview Heer challenges Virat Heer imagines Virat coming to her and apologizing for his mistake. She wants to believe in his love. She feels that she should give him a last chance for the sake of their love and forgive him. She loves him a lot. She wants him to promise that he will always be with her. She misses him. Shanno conspires against Heer. She takes him to meet Virat.

She wants Heer to provoke Virat so that he reveals her identity truth. Shanno acts in front of him to rage him. She tells Virat that he should forget everything and just remember about Heer and his love. She tells him that Heer is a pretty and good-valued girl. Virat wants to tell Heer that she is a kinner. He stays bounded by the promise given to Preeto. Shanno asks Virat how can he hate Heer. She reminds him the love promises. Virat swears that he doesn’t love Heer. A guy teases Heer in front of Virat.

Heer expects Virat to take a stand for her. Virat asks Heer to realize that he doesn’t love her, else he would have not insulted her. He wants her to stay away. Heer scolds him for disrespecting her love. She tells him that he should stay away from her. She knows that one day he will beg for her love and then she will dump him. She promises to show her hatred. Virat finds her disgusting imagining her as the kinner. Shanno’s plan fails. Virat feels she is a kinner, he doesn’t want any kinner’s love, he is happy if she hates him.

Shanno doesn’t want Preeto to doubt on her. She asks Heer to go home and not tell anyone about their meeting with Virat. Heer understands that Shanno just wanted to help her. The family worries for Heer. Harak panics. He wants to know where did Heer go. Shanno comes home and lies that she had gone to buy some fruits. Preeto asks Mahi if she doesn’t know about Heer. Mahi tells that she didn’t get any happiness in her life. Soham tells Rohan about college and NGO tie up, they can also become volunteers for a good cause. Preeto asks them to go. She asks them not to tell Heer about it.

Heer overhears them. She tells that she also wants to help people. She wants to go with her brothers and go good work. She asks Preeto not to worry for her. Heer and Virat’s memories continue to trouble Heer. She cries that he always lied to her. She loses her faith in Virat’s love. Virat also goes to volunteer for the NGO work. The college students ask Virat about his marriage with Heer. Heer reaches the college and faces Virat.

Reviewed Rating for this particular episode Shakti Upcoming Preview Heer challenges Virat: 4/5
This rating is solely based on the opinion of the writer. You may post your take on the show in the comment section below.