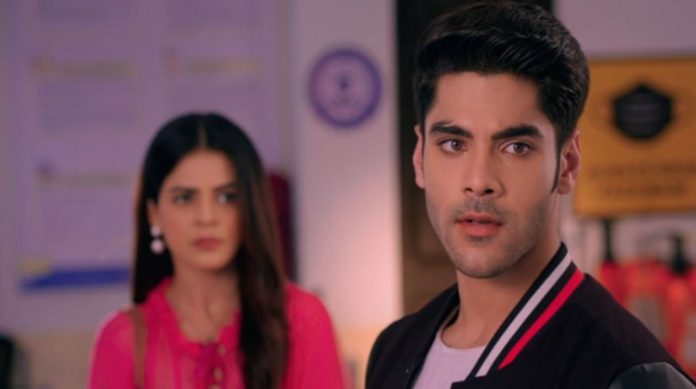 Shakti Tonight Preview 4th August Heer regrets her love Rohan and Soham pamper Heer and make her really happy. The siblings celebrate Raksha bandhan festive. They get happy that they are each other’s strength. Preeto and family like their unity. Preeto wishes that Heer’s brothers always protect her. Rohan loves Heer unconditionally. Soham doesn’t know her truth. Heer tells them that she wants freedom as her gift, she just wants her brothers, not any bodyguard.

They ask her to get ready and go. Shanno wants to break their unity. On the other side, Virat and Daljeet celebrate Raksha bandhan with their sister. Virat’s sister Simran asks him to get married. Jharna visits them. She tells them that she is ready to marry Virat once he agrees. Gurinder also ties the Rakhi to Virat. Parmeet tells Jharna that Gurinder always does this drama since she doesn’t have any brother, she treats Virat as her brother. Nutan ties the Rakhi to Saaya. She tells Saaya that she always feels protected by Saaya’s love. She wants to be loyal to Heer as well. She asks Saaya about Harman and Soumya’s love story.

She tells Saaya that she has seen Virat with Jharna, he seemed to be missing Heer. She tells that if Virat marries Heer after knowing her truth, then his love will be true. Saaya tells that she is right, Heer and Virat’s love story will be bigger than Harman and Soumya’s love story if it happens. She doesn’t want this to happen. Nutan wants to support Heer. Shanno goes to Soham to brainwash him about Heer and Virat’s relation. She tells him that something has happened on the day of marriage, which made Virat change his mind. She tells Soham that the families were against the marriage, they did a lot to stop the marriage and maybe its someone’s conspiracy.

She hints him about Harak and Preeto’s selfish motive to always keep Heer with her. She tells Soham that Heer can’t stay in her Maayka always, her life will begin once she gets married. She tells Soham that he should take a stand for Heer’s happiness. Parmeet tells Jharna about Virat’s only support in the house, Gurinder. Jharna asks her the reason for Virat’s break up. Parmeet is glad that they got rid of Heer. She wants Jharna to win Virat’s heart. Jharna is sure that she will marry Virat. Parmeet plans to bring them together.

Heer works in the college. Her slipper breaks. Virat watches her falling down and runs to save her. He realizes her truth and gets distanced. They end up arguing. Virat doesn’t want to have a new start with her. He asks her to leave, so that he can work in peace. Heer tells that he is useless and can’t do any social work. The professor asks them to work together. Meanwhile, Saaya meets Preeto. She tells her that they should tell Heer the truth, matter can get worse if Virat fails to forget her.

Raavi tells that Heer is focussing on her studies, she can know her truth once she gets independent. Harak feels time is mighty and would heal Heer’s wound. Harak tells that Heer should forget Virat. Soham overhears their conversation. He argues with the elders. He wants them to let Heer live. Soham yells at Saaya and insults her for being a kinner. He tells her that she isn’t their family, she has no right to interfere in their family matters. He asks them to throw out the kinner and never listen to her advice.

Preeto feels bad. She wants Soham to go to her room. Soham asks Harak to worry for his family’s respect and stop the kinners from coming home. Shanno enjoys the argument. Harak raises hand on Soham, who misbehaves a lot. Soham warns Harak against slapping him. Soham tells Saaya that he will drag her out of the house if she comes again. He kicks out Saaya in an inhumane manner. Preeto worries for Saaya. She doesn’t want Soham to get cursed by Saaya. Rohan comes and finds Soham insulting Saaya. He asks Soham why is he misbehaving.

Soham asks him to question the elders for doing wrong with Heer. Rohan tells that elders always think for their betterment. Soham tells that elders are selfish. Shanno gets glad that Soham is speaking her words. Soham tells Rohan that he will get Heer married and fulfill his promise of securing her happiness. Rohan asks him not to drag the matter every day. Soham wants the answers about Heer’s marriage. He asks the family to answer him about their selfish motives. Harak warns Soham. He tells that he will decide for the family. Soham gets arrogant.

He asks Harak to decide for Heer’s better future. Preeto prefers to make Soham out of the house than answering his questions. Soham decides to leave the house. Heer and Virat decide to work together. The college mates ask them to shake hands and proof that they won’t spoil the work. Heer and Virat shake hands. Jharna calls up Virat and plans an outing. He agrees to her to make Heer jealous. Heer reminisces Virat’s love. She gets angry that he ended their love story. She can’t believe his silly reasoning behind their break up. She doesn’t want to fall weak.

Reviewed Rating for this particular episode Shakti Tonight Preview 4th August Heer regrets her love: 4/5
This rating is solely based on the opinion of the writer. You may post your take on the show in the comment section below.