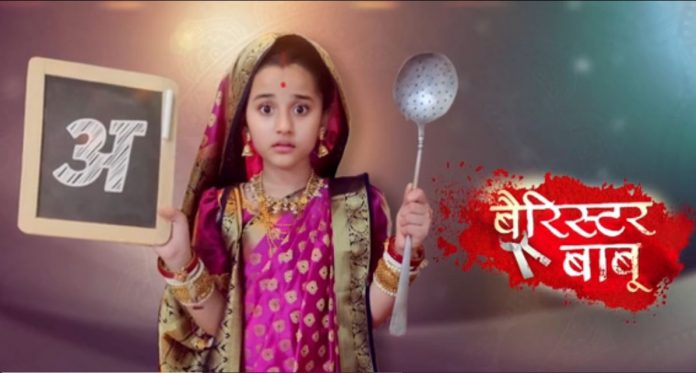 Barrister Bahu Latest Bondita begins a new journey Trilochan learns that Bondita isn’t able to manage any work on her own, she is dependent on Saudamini, who isn’t teaching anything well. He suspects Saudamini’s intentions behind making Bondita a weak girl. He confronts Saudamini for trying to create troubles in Bondita’s life. He knows that she is still wanting to get back in Anirudh’s wife. He breaks her dreams and makes her face the reality. He shows her right place by accepting Bondita as the bahu of his family.

He warns Saudamini against her cheap tactics. He doesn’t want Saudamini to interfere in Anirudh and Bondita’s lives further. He tells Bondita that he has got her rid of Saudamini and from now he will be her tutor. He tells that he will teach her cooking and house duties, since there is no woman in the house to teach her the qualities of a perfect Bahu. Trilochan gives her a kitchen utensil, telling her that that will be her real jewellery which will make her shine as a good housewife. She can fight all problems from now.

He wants Bondita to take his instructions. He tells that her new journey begins. She accepts his advice. On the other hand, Anirudh forgives her for the mistake of hiding her illiteracy. He thinks its his fault to expect a lot from her. He learns that she had no scope to achieve education in her village, where girls aren’t allowed to attend schools.

He decides to arrange a home tutor for Bondita and get her educated. He wants Bondita to gain a special place in the society by the power of education. He tells Bondita that he has got things that will help her in learning. He asks her to always have the slate and write a new chapter of her life. He tells that education will make her shine and get her a deserved place in the society. He tells that he will guide her in getting her rights to educate herself. Trilochan doesn’t like Anirudh’s new madness. Bondita asks them which direction should she head, which will be her real adornment from now, the kitchen utensils or the slate to learn. She falls in a fix.