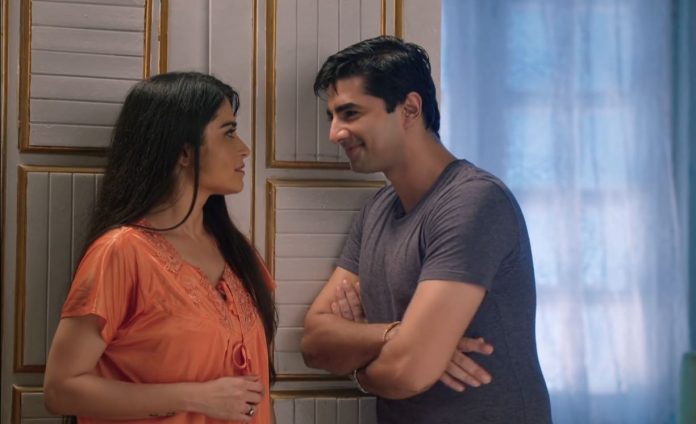 Yeh Rishta Kirti secret mystery 18th August 2020 Kartik creates a big scene asking Naira to bring back Manish to normalcy. Naksh takes a strong stand for Naira. He reminds Kartik about Akshara’s loss in the accident. He asks Kartik to bring back Akshara if he can. He puts Kartik in a fix. He wants Kartik to realize that few things can’t be reverted, Naira can’t be blamed always for every little or big issue. He tells Kartik that Naira has always forgiven him for the huge mistakes and showed much understanding.

He wants Kartik to do the same when she needs his support and faith. He doesn’t like the way Kartik humiliates her in front of the family. He wishes Kartik to understand Naira’s guilt and sorrow. Kartik gets speechless when Naksh fills some sense in his mind. Naira tries to stop Naksh from taking the matter to a new point. Naksh tells that Kartik has to answer them if he wants to seek an answer from her.

Kirti interrupts them and tells that she will answer on Kartik’s behalf. She tells Kartik that he is wrong to blame Naira and repeat the mistake done by Suwarna in the past. She adds that accidents aren’t in anyone’s control. She feels shattered to see Manish in that unstable state. She defends Naira to calm down Kartik. She answers Naksh in a way to defend her brother. She tells that Kartik had served punishment for Akshara’s accident when he was innocent, he tried to save Mansi at that time when Naira didn’t show any faith on him.

She asks Naksh how could Naira not forgive Kartik and doubt his intentions. She tells that the same thing is happening now, Kartik is hurt and angry, he isn’t able to think anything being in his sorrow. She defends Kartik’s anger. Naksh tells her that Kartik can’t hurt Naira all the time, if he is angry. Kirti wants Naksh to know about Kartik’s take on the accident. She doesn’t think he is being mean. Naksh doesn’t want Kartik to suspect Naira. They get into an argument. Kartik and Naira witness Gayu entering the argument.

Kirti and Gayu get into the unexpected act. Gayu defends Naksh and Naira. Naira fears that the relations will spoil further if they fight. She begs everyone to end the fight, they don’t need to support her. She just wants peace in the family. Naira breaks down and feels guilty due to the ongoing argument. Naksh pacifies her. She calms him down and makes him realize Kartik’s agony. Kartik doesn’t go to Naira. Kirti explains Kartik that they have to strong and united while they deal with Manish.

Naira tells Naksh that they should focus on Manish’s health and keep him happy. Naksh consoles her. Kirti consoles Kartik and gives him strength to handle Manish. Dadi feels she did a mistake to get Kirti home. She didn’t wish Kirti to face all this on coming home after a very long time. Devyaani feels Dadi is blaming Naira too. She asks Dadi why didn’t she explain Kartik to limit his thoughts and not hurt Naira.

She wanted Kartik to show faith on Naira and fight the world for her sake. She didn’t know that Kartik will himself fight with Naira. She regrets to see the drama. Dadi asks Devyaani not to blame Kartik, who is struggling with the new suffering. Devyaani and Dadi have an argument to question about the biasing between daughter and daughter-in-law. Devyaani feels Kartik is doubting Naira’s intentions, and making her feel like an outsider in the family. Devyaani rages as well to defend her family children. Dadi takes a stand for Kirti and Kartik. She cries for Manish’s state. Suwarna puts a stop to their argument.

She wants them to be united so that they can look after Manish well. She tells that Manish shouldn’t feel sad seeing their fight. Later, Kartik stays busy in looking after Manish. She avoids Rama’s call, which upsets Gayu. Dadi calls her Guru ji to find some solution. Akhilesh is worried for the company losses. Samarth tells him that Kartik needs to run the company, else they will be facing bankruptcy again, no one can save them this time if the business isn’t attended by Kartik. He asks Akhilesh to explain Kartik to focus on work as well. Akhilesh is helpless seeing Manish’s condition. Naira wants Naksh to apologize to Kirti.

Naksh apologizes to Kirti for losing his cool and hurting her. Kirti also apologizes for her rudeness. They have a romantic moment. He asks her about Krish. Kirti hides a secret. She doesn’t want to tell him anything about Krish. He wants to know why did she come alone. He wishes to meet his son. Meanwhile, Manish wants to have some fresh air. Kartik stops him, being afraid that he may get harmed. He asks Manish to play indoors. Naira wants to take Manish with her.

Kartik tries to stop her. He asks her not to act like a doctor. Naira doesn’t listen to her. Doctor advises Kartik to stop treating like a patient and just try to have a normal atmosphere. Kartik leaves Manish free. He finds Manish happy with Naira. He realizes his mistake. Suwarna and Surekha wish Kartik and Naira to get together and help Manish recover. They show faith on united Kaira.

Reviewed Rating for this particular episode Yeh Rishta Kirti secret mystery 18th August 2020: 4/5
This rating is solely based on the opinion of the writer. You may post your take on the show in the comment section below. 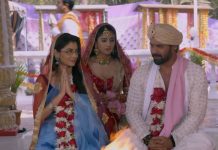