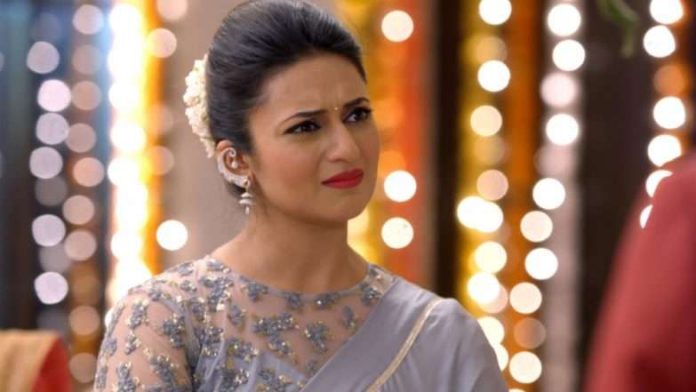 Yeh Hai Mohabbatein Ishita to tackle Arijit The family worries when they don’t find Ishita. They finally find her and ask her where did she go. She tells them that she had gone to get medicines for Raman. They ask her to go home and take rest, to which she refuses. She wants to meet Raman once. Doctor asks Ishita to let some time pass, she can’t meet Raman as of now. Ishita insists for seeing her husband once. Doctor doesn’t permit her. He tells them that the family need not stay at the hospital for Raman. Nurse asks just two attenders to stay back. Ishita asks the family to go home. Mani and Ishita decide to stay at the hospital.

Simmi and others get sighted by Mrs. Bhalla, whose cab breaks down on the way, just near the hospital. Mrs. Bhalla wonders why are the family members hiding from her. She confronts them for the lie. They wonder what to answer her. Simmi lies about her leg sprain. Simmi handles the matter by her excuses. The family returns home. They lie about Ishita and Mani being busy in the new project meeting. Arijit is worried and wants the right information about Raman. When he tracks Raman’s family, he learns about the party going on in Bhalla house. Arijit doesn’t understand what is the family hiding from him.

He asks his aide to spy on Bhallas and keep him informed. He wants to know where did Ishita take him. He wonders if Raman is alive. Ruhi informs Mani about lying to the elders. Mani asks her to instruct the staff to hide about Raman’s state from everyone. She wants the staff to lie to Arijit about Raman and Ishita. Arijit arrives at the office to know about Raman’s death. He tells the staff that he is Ishita’s business partner and wants to meet her. Ruhi and staff stop Arijit and tell him that Ishita and Mani have gone for an urgent meeting.

Karan attends Arijit and asks him to discuss the project with him. He assures to solve his problems. Arijit finds something is wrong. He tells them that he will just speak to Ishita. Karan tells him that Ishita is still in the asylum and can’t meet him. He wants Arijit not to worry for business. Arijit gets confused when they hide about Raman. He realizes that they aren’t believing him. He gets alert. He lies to them about the business project puja ceremony. They also fool him about Ishita. Arijit tries hard to win their trust.

Ruhi tells him that she will handle the project since Raman has been her tutor always. Ishita gets stressed about Raman. Mani doesn’t want Ishita to break down. He asks her not to feel guilty, since she has to tackle her enemy. Arijit goes mad to take revenge on Bhallas. Arijit learns that Raman is very much alive. Raman survives after falling down the building. Arijit doesn’t want to spare him. Ishita tells Mani that they should take Raman home so that he recovers soon.