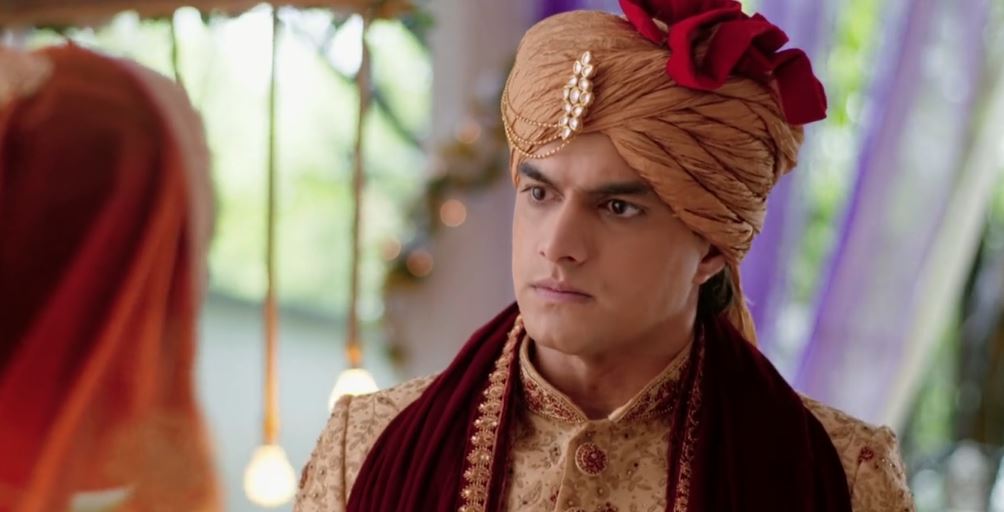 Yeh Rishta Dilemma Shock Surprise for Kartik lined Suwarna turns angry on Kartik when she confronts him for running away from the house to avoid the forced marriage. She asks him to reveal his true emotions if he doesn’t want to marry Vedika. She asks Kartik not to do injustice with Vedika by cheating her. She knows he has come back for the sake of Dadi. Naira gets happy to rush to Kartik. She looks forward to meet him. Suwarna asks Kartik to better decide for his marriage. He tells her that he didn’t think of running away. He maintains that he is marrying Vedika all by his wish. He feels Naira will never come back. He doesn’t feel compelled.

He tells her that he also wants to move on, he is marrying by his wish. His words shatter Naira once again. She changes her mind and thinks he wants to move on. She goes away from Kartik once again. Suwarna knows Kartik is lying. She wants him to do the marriage willingly. She guides him and asks him not to ruin Vedika’s feelings. She doesn’t want Kartik to hurt Vedika further, since she is innocent. She insists Kartik to think once again if he is ready for the marriage, since there won’t be any way to step back. Naira gets angry on herself for thinking to unite with Kartik. She doesn’t want to come back in his life.

She runs away from him. She returns to the hospital and tells her about Kartik’s decision of marrying Vedika. Things get too complicated for Naira. Kartik wants to meet Kairav once. He tells Suwarna about his dilemma about Kairav. Kartik buys a toy for Kairav on the way. He finds the tigress lion and feels connected to Kairav once again. Dadi feels shattered knowing Kartik has left the marriage and went to Kairav. She asks the family to support Vedika. She feels Kartik has done wrong to rush to Kairav. She wishes Kartik to get his happiness. Naira stays busy in arranging the medicines.

She doesn’t want to think of Kartik. Naira’s friend makes prayers that Kartik and Naira unite with Kairav forever. Her prayers get answered when she finds Kartik at the hospital. Kartik rushes to meet Kairav while she tries to inform Naira. Kartik feels sad when he meets Kairav and finds him in a weak state. He promises to stay with him always. He wishes him all the courage before he goes for his surgery. Naira hurries to get all the medicines. Kartik feels hurt to see Kairav hurt. Kairav is happy that he has finally come.

Kairav shares the moments described by Naira. Kartik gets surprised. Pallavi is angry that Kartik left Vedika in the mandap and came to see Kairav. She asks him to trust the doctors and not worry for Kairav. She asks him why did he take the rash decision to leave the marriage. She vents her anger, while he reminds her the duties towards her patient. He goes to call Kairav’s mum, unaware that she is Naira. Kairav prays for his parents’ union, since he wants both of them. Naira collects the medicines and rushes to be at Kairav’s side.

She unknowingly goes inside the store, which has big amounts of liquid nitrogen preserved. She gets locked inside. Naira shouts for help, being trapped in the store. Kartik rushes to save Naira, making a promise to get her to Kairav safely.