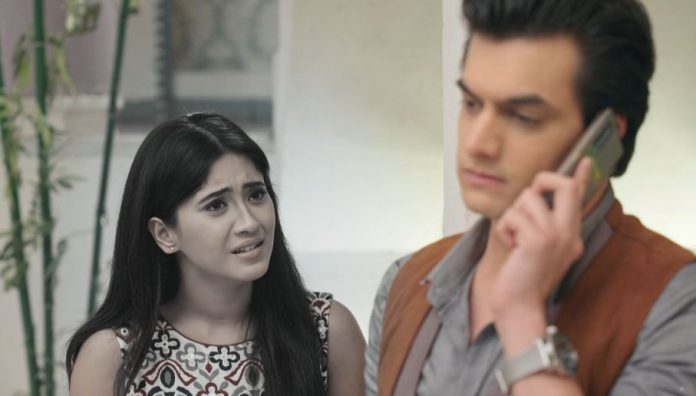 Yeh Rishta Kartik Starplus stunning decision twists Naira finds Dadi at Singhania house. She asks Dadi if she has come to meet Kairav. Dadi wants to talk to Naira first and then meet Kairav. She tells the purpose for which she has come so early in the morning. She tells Naira that she can’t see Kartik in pain as she has seen Manish in similar pain for years. She doesn’t want Kartik to live a painful life like Manish lived in the past. She asks Naira to end Kartik’s pain by coming back to him. She asks Naira to pretend to be happy with Kartik, like they used to be happy before. She tells Naira that she should do this drama for Kairav’s sake, so that Kairav feels stable in the family.

She knows Kairav won’t be able to take his parents’ fight. She explains Naira that she should do this for Kairav’s happiness. Kairav wants to know about Naira’s whereabouts. He learns that Dadi has come to meet them. He thinks Dadi will also scold Naira. He asks Naksh to book their Goa tickets so that they can leave soon. Naksh gets worried. Naira tells Dadi that she can’t come to Goenka house which belongs to Vedika right now. Dadi doesn’t think of Vedika. She wants Kartik and Kairav’s distance and misunderstanding to end. Naira doesn’t think that she should leave her self esteem and obey Dadi. She keeps her esteem once again.

She refuses to Dadi again and again. She doesn’t want to give false hopes to Kairav. She instead wants to explain the truth to Kairav. Kartik watches the birthday videos and gets troubled. He curses himself. He sinks in guilt once again. Manish and Suwarna get worried on finding him in pain. They wish to get Kartik’s pain. They want to see Kartik happy. Suwarna asks Manish to be strong and support Kartik. Naksh informs Naira that Kartik wants to go to Goa. Naira breaks down. She didn’t wish the birthday to end on a bad note.

She tells Naksh that Dadi has come to call her home for Kairav’s sake. Naksh asks Naira to decide everything, since Dadi and Kairav’s wishes can’t be kept together. Naira doesn’t know what to decide. Dadi is upset that Naira refused to come. She still has hopes that Naira will come. Kartik learns that Dadi has invited Naira and Kairav home. He doesn’t want Kairav to feel compelled to stay with them. Naira gets into a dilemma. She is already hurt by Vedika’s blames. She doesn’t want to take Kairav and distance him from Kartik. Kartik speaks to her and asks her to go to Goa if Kairav wants.

She asks him how can he be sure of his decision which will make Kairav more far from him. He regrets to go through the same pain. He doesn’t want Kairav to live a sorrowful childhood like him. He wants to free Kairav from the suffocating relations. She tells him that she will explain Kairav about their relationship’s truth. She doesn’t think Kairav will also take years’ time to forgive Kartik. She tells that they will together win Kairav’s trust. Kartik doesn’t think Kairav to live an unwanted phase of life. He wants to part ways with Kairav and give him happiness and peace. Kartik and Naira sink in sorrow. They feel the pain of separation. Their families console them.