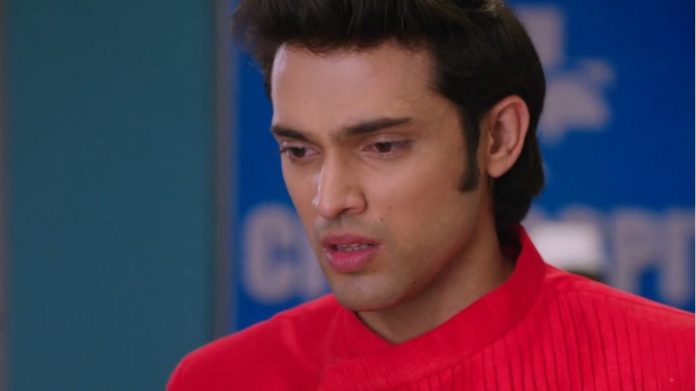 Kasauti Zindagii Starplus Shocking facts stun Anurag Anurag wants to find out who has planned the accident and risked Sonalika and Prerna’s lives. Mohini wants Anurag to just care for Sonalika. She doesn’t care a bit for Prerna. Anupam helps Anurag in catching the electrician. He gets the man for questioning. Anurag questions the man for dropping the live wire in the water intentionally. He can’t believe that this was a careless move. He reprimands the man who clears that he didn’t do this intentionally. He apologizes to her for not being careless. Anurag tells him that Prerna is pregnant and the shock could have harmed the baby.

He vents his anger shockingly. He finds money with the man and interrogates him further to know the culprit. He tells that he will not spare the person who hired him. Komolika acts sick to get everyone’s attention. She signals the man to run away by taking advantage of her drama. Prerna understands her game. She alerts Anupam. Anupam still fails to catch him. Komolika acts critical to have Anurag by his side. Anurag asks her not to worry. Anupam informs him about Prerna’s painful state. He asks Anurag to attend Prerna.

Mohini and Komolika try to stop him. Anurag tells them that he had promised Prerna that he will always look for her, he can’t go against his word. Komolika loses her cool. She can’t believe that he is turning deaf ears to his wife. He rushes to Prerna to the hospital. He leaves Sonalika with the family. Komolika rages without realizing that her behavior will remind them of her old avatar. She yells at Anupam in anger. She asks him not to bring Prerna between Anurag and her, since Anurag isn’t the father of Prerna’s child.

She tells that Prerna isn’t Anurag’s responsibility. She calls Prerna the second woman in Anurag’s life. She can’t control the situation. Mohini and Nivedita support Sonalika. They feel her anger is justified. They ask Anupam not to bring Prerna close to Anurag, who is now wedded to Sonalika. They warn Anupam against spoiling Anurag’s marriage. He gets much upset. He wants at least Nivedita to understand him.

Nivedita also supports Sonalika. Anurag and Prerna meet the doctor. Prerna gets the check up done. Doctor tells them that the couple faces this moment of anxiety when they become parents for the first time. Anurag doesn’t understand her words. Prerna stops the doctor from revealing anything. He goes out to sign the form.

Prerna reveals that Anurag has lost his partial memory and assumes that someone else is her husband. She tells that Anurag doesn’t remember their marriage, love and child. She feels pity for Anurag who is battling his feelings and inner dilemma. Doctor also feels sorry. Prerna wants to be strong and support Anurag. Anupam gets into an argument with Nivedita. He likes Prerna as Anurag’s life partner. He didn’t think Sonalika will behave this way. Nivedita justifies Sonalika. He tells her that Prerna is carrying Anurag’s child in her womb. Nivedita doesn’t believe so since Anurag didn’t tell them about Prerna’s pregnancy.

She suspects that Prerna is carrying Bajaj’s child. He is shocked that she is thinking like Mohini. Anurag feels fortunate and happy to hear the baby’s heart beat. Prerna and Anurag feel its a baby girl. They get glad to feel the baby’s first kick. Anurag gets a huge shock on knowing the important information about Prerna’s husband. He learns that Prerna’s husband and in-laws have abandoned her, her husband is living with someone else and left Prerna forever.

The staff praises Prerna for being so strong and bringing her baby in the world alone. He realizes that Prerna lied to him, she is facing the society and troubles all alone. He confronts Prerna about her husband. Prerna has no option than to lie to him. This reminds him about their past. He gets a hint that their past is connected strongly. Veena asks Prerna to move on in life, since Anurag moved on with Sonalika. Prerna disagrees to her request. Anurag suspects Prerna is hiding their past relation. Will he find out about Prerna and his marriage? Keep reading.