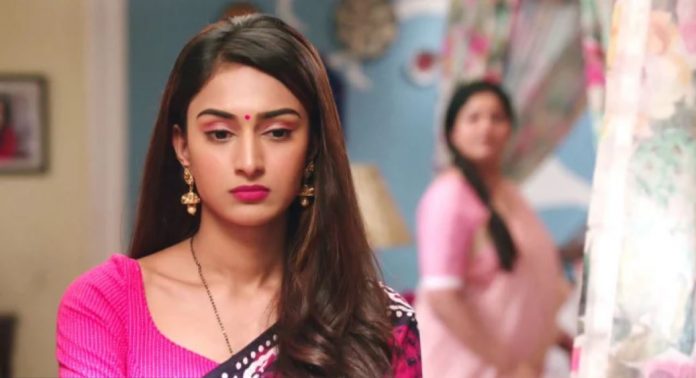 Kasautii Zindagi Shocking alliance Prerna Viraj paired Shivani questions Prerna about her decision. She asks why did Prerna agree for the marriage. She doesn’t think Prerna should fall helpless. Prerna tells her that she is helpless just because of Veena. She doesn’t want to lose Veena after losing Rajesh. She loves Veena a lot. She tells Shivani that she will find some way to stop the marriage by talking to Viraj. She decides to tell Viraj about Anurag and her. She tells that Viraj will refuse for the marriage. She knew Komolika will plan something such. She tells that she will fail Komolika’s plan.

Veena gets the preparations done in full swing. Anurag informs Veena that he is bringing Viraj home. Veena welcomes Viraj and his family. Anurag gives the credit to his wife Sonalika, who advised him to get Prerna and Viraj married. Veena is grateful to Sonalika. Komolika feels she has achieved half victory. She wants to ruin Prerna’s life. She thinks once Prerna gets into a loveless marriage, she will know her pain. Veena asks Prerna to get ready soon and come. Prerna is still occupied with Anurag’s thoughts. Veena tells her that she is her mother and would just wish good for her.

She wants Prerna to trust her decision. Prerna agrees to Veena. Prerna takes time to come downstairs and meet Viraj. Veena likes Viraj a lot after hearing his praise from Anurag. Anurag asks Veena if she is okay for the alliance. Veena gives her approval. Komolika makes an excuse to reach Prerna and insult her. She goes to Prerna and finds her pale faced. She tells Prerna that she earlier planned to defame her and then changed it to the marriage one. She tells that Anurag would have regarded her characterless if she executed her first plan. She asks Prerna to be thankful for her goody plan.

She wants Prerna to marry Viraj and get out of Anurag’s life. She tells Prerna that Anurag will forget her soon. Prerna gets much hurt. Prerna meets Viraj and leaves him mesmerized. Veena tells that she can’t conduct a grand affair for the marriage. She clears that she won’t be able to match standards of Viraj’s family. Viraj relieves her of the stress. He asks her to just give her daughter’s hand and nothing else. He is thankful to get a child along with Prerna. Viraj’s humble side impresses Veena. Viraj is a gem at heart. Prerna finds him simple and sorted. Viraj tells Prerna that he is ready to marry her.

Anurag tells that Viraj and Prerna would complete each other. This makes Prerna cry. Prerna tells that she wants to talk to Viraj in private. Komolika advises Veena to not let Prerna talk about her past relationship, else Viraj will break the alliance. Veena worries and gets unwell. Anurag and entire family look after Veena. Prerna gets hesitant at first. She tells Viraj that she still loves her husband, the father of her child. Viraj is stunned knowing her love story. He still agrees to marry her. Prerna gets helpless to agree. Komolika feels complete victory when Prerna’s Tilak date gets fixed.