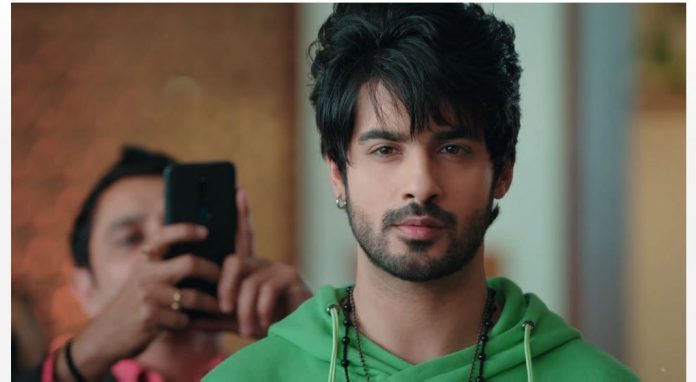 Yeh Hai Chahatein Today Rudraksh Prisha Story Upcoming Rajeev wants to know who is the blackmailer. Yuvraj demands one crore from him to keep his secret. Rajeev thinks to meet him and sort the matter well. He wants to arrange the money to pay the blackmailer. He learns that he will need Balraj’s sign to withdraw a big amount from the bank. He doesn’t want Balraj to know the matter. He goes to Balraj’s room and steals the money from the locker. He doesn’t see the swastik sign on the notes. He takes the cash and goes to meet Yuvraj. Balraj plans to keep the engagement ceremony for Rudraksh and Mishka. Ahana tells him that she will do all the arrangements. Rajeev wants to nab the blackmailer.

Prisha meets Bubbles to tell about her marriage happening with Yuvraj. She finds Bubbles crying. She consoles Bubbles. Rajeev reaches the location. Yuvraj asks him to put the bag in the bin and leave. Rajeev parks his car to catch the blackmailer. He doesn’t see Yuvraj when a truck comes in between. Yuvraj pays the truck driver and gets the cash. He thinks to blackmail Rajeev further. He gets happy to get one crore in his hand. Ahana books the mehendi artist by paying double. Vasu had made the booking before. She gets into an argument with Ahana.

The artist wants to go for Vasu’s event first. Vasu thanks her. Balraj scolds Rajeev for stealing his cash. He threatens to oust him from the house. Rudraksh wants to help Rajeev. He can’t see Rajeev bearing his dad’s anger. He tells Rajeev that its first time that he got a chance to help his brother. He gets an ad deal for one crore to help Rajeev. Rajeev is thankful to him. Rudraksh wants to know Rajeev’s problem. Bunty apologizes to Bubbles. He takes a stand for her and declares that he loves her. Prisha unites Bunty and Bubbles by her plan.

Rudraksh hugs Rajeev and tells him that he loves him a lot. He gives one crore to him and asks him to return it to Balraj. Ahana wants him to check the engagement venue. She sends Rudraksh with Mishka. Prisha and Yuvraj are also present there. Prisha and Rudraksh get into an argument. Prisha tells him that she is marrying Yuvraj. Rudraksh tells that he is going to marry Mishka. She pays the advance given by Yuvraj. Rudraksh sees the same mark on the notes and thinks Rajeev has paid money to Prisha. He doubts her.

He thinks why is Rajeev paying Prisha for what reason. Prisha doesn’t know about Rajeev and Yuvraj’s matter. Rudraksh tries to ask Rajeev about the cash. Rajeev prefers to not answer him. Rajeev gets helpless to get rude to Rudraksh. He doesn’t want anyone to know about Mahima. Yuvraj blackmails Rajeev again for five crores. Rajeev steals Ahana’s necklace to pay Yuvraj. Ahana tells Balraj that she lost her diamond necklace from the locker. Rudraksh sees Prisha wearing Ahana’s necklace. He gets mistaken that Prisha is blackmailing Rajeev.