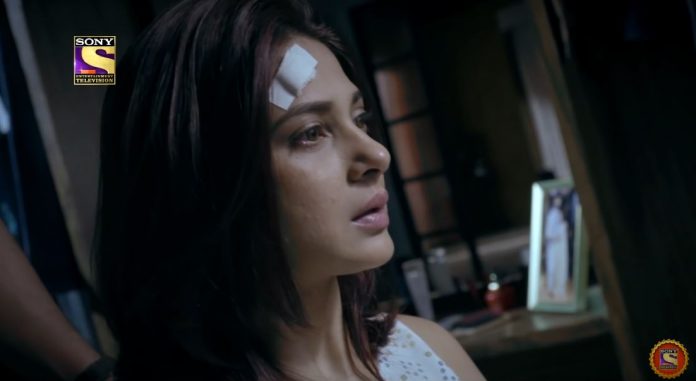 Beyhadh New Season Vikram entry Maya loses memory Maya records Antara’s confession. She promised Antara that she will never harm Rudra. She doesn’t want to forgive Antara. She forgives Antara just for the sake of Rudra’s love. Mrityunjay wants to handle the media. Rudra meets him and tries to know about Antara’s matter. Mrityunjay tells that he really needs him in this critical hour. Maya tells that she has also come to support him. Mrityunjay wants to celebrate Holi with the family for keeping Rishi’s wish. Maya tells Rudra that they should celebrate and keep Rishi’s memories.

She tells that they should give an answer to the media and society. She tells that she is the Bahu of the Roy family and would take up all the responsibility. Rudra is much depressed. He lovesAntara a lot and is worried for her. Maya wishes Mrityunjay on Holi. Rudra and Maya celebrate Holi. Rudra tries to keep colours away from himself. Maya brings Antara and motivates her to take a stand for herself. Mrityunjay knows Maya is using Antara against him smartly. He waits to make his move to break down Maya. Mrityunjay stops Maya from applying colours to him.

Rudra asks Mrityunjay to support Antara. He feels Maya is doing the right thing. Mrityunjay tries to make his terms better with Antara for Rudra’s sake. Antara stays distant and causes more tensions. Maya feels Mrityunjay will be ruined very soon. She hopes he likes the loneliness. She wishes him for Holi. Rudra feels indebted to her for handling his family crisis so well. She tells that she will always be with him. She plays Holi with Rudra and expresses her love. Mrityunjay misses Rishi a lot. He wishes Rishi and tells about Maya hurting Rudra. He looks for Rishi’s camera to look back at old memories. He finds Rishi’s camera and plays the video to gain courage.

He is shocked to see the video where Rishi tells about his lover Maya. Maya feels complete with Rudra’s love. She turns terrified when she witnesses Rishi’s video about her. Rishi tells about Maya’s madness which made him fall for her. Mrityunjay tells her that he now knows her truth that she has killed Rishi.

He tells that her truth is out now, she will not get spared for this crime. He doesn’t want to forgive her. He threatens to tell her truth to Rudra. Maya tells that he has snatched her child and she has snatched his child to settle scores. Mrityunjay suffocates her in anger. He doesn’t want to kill her. He wants Rudra to punish her. He asks Maya to bear Rudra’s hatred. She tells that he has done much wrong with her. He asks her to tell everything about their past to Rudra and let him decide. Her threatening doesn’t work on him. He tells that Rishi will hate her a lot on knowing that she killed his dear brother.

He knows that Rishi’s death will end Rudra’s love for Maya. She begs him to not tell anything to Rudra. She can’t let Rudra know anything and hate her. She decides to kill Mrityunjay before he reaches Rudra. Mrityunjay meets Rudra and hands over the camcorder to him. Maya follows Mrityunjay to kill him.

She can’t afford to lose Rudra. She loves Rudra a lot and can’t imagine to live without him. She doesn’t find Mrityunjay with Rudra. He tells Maya that he will kill her to punish her for killing Rishi. He tells that he has secured Rudra from her madness. He asks her to imagine Rudra’s reaction on knowing her devilish side.

He tells that Rudra will know the truth by watching Rishi’s last message. Rudra is shell shocked to know Maya’s truth. Mrityunjay tells that Rudra would have killed her on knowing her truth, he didn’t wish Rudra to stain his hands. He gets ready to kill her. Maya tells that her revenge kept her alive, but now she will not lose after losing herself. Rudra breaks down knowing Maya’s truth. Maya wants her hatred to succeed, if Mrityunjay failed her love. Mrityunjay and Maya shoot each other. A new thrilling twist begins with Maya’s memory loss. A new person Vikram enters her life and misleads her that he is her husband. Vikram brings a new storm in her life and cages her at home with his psychotic love.