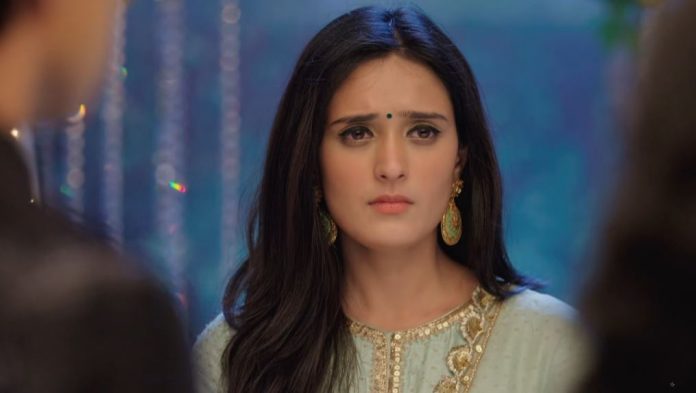 Yeh Rishta Vedika ousted Kartik Naira wedding track Kartik and Naira rush the bags to the car. They leave from the house early morning. They make sure that Vedika is following them. Vedika catches them and calls the family by shouting. She tells them that Kartik and Naira are eloping. Kartik tells Vedika that he isn’t wrong, he can’t live without Naira and Kairav. He tells that he is leaving the house since he loves Naira a lot. He tells Vedika that he can’t give Naira’s place to anyone else. He asks Vedika to stay happy with his family. He can’t get peace with Vedika. Kartik and Naira tell Vedika that they have no regret to admit that they are leaving the country.

Vedika screams in anger and counts her favors. She tells Naira that she has given her kidney to save Naira’s life. Kartik’s patience ends. He asks Vedika to stop the drama, she isn’t any donor, Naira already knows the truth. He shows the proof to Vedika and family. He tells her that the reports show both her kidneys fine. Vedika’s drama comes to an end. Kartik blasts out on Vedika. He tells that it was his plan to make Vedika accept the truth. Kartik is ashamed of Vedika’s intentions.

He couldn’t believe that Vedika’s love will ruin their friendship also. Vedika apologizes to the family for her mistake. She decides to leave from Kartik and Naira’s life. She unites the lovers after understanding her mistake. Goenkas forgive Vedika. Kartik wants Vedika to move on. Vedika leaves from Kartik’s life forever. Kartik and Naira prepare for their wedding. Goenkas and Singhanias get in form again. They get ahead with Kaira marriage preparations.

Kartik and Naira get ready as the groom and bride. They see each other on the video call. They are mad in love. The couple happily dance. Naira tells him that the marriage will finally happen. Kartik is happy that the marriage mahurat is close.